History of the island

Since Neolithic times, for around eight thousand years, Malta has been habited and remains from that time can still be found on the island. Malta was later ruled by the Phoenicians, Carthaginians, Romans and Arabs. The Normans then seized Malta in 1091. For a period, the Maltese islands also made part of the Kingdom of Sicily.

The Order of Knights of St John ruled the islands from 1530 -1798. In the time they were in Malta, they built what is still the capital city of Malta- Valletta. Of interest, is that the knights erected strong fortifications as a protective measure to the main cities around the Valletta region and the three cities. These fortifications can still be seen standing today, in all their glory. The Maltese gained their independence from the British in 1964. In May 2004, Malta became a member of the European Union.
These vast array of cultures and civilisations, together with the strategic point Malta has always held, has left the island as a preserved historical gem echoing times past with a historical site at every corner! 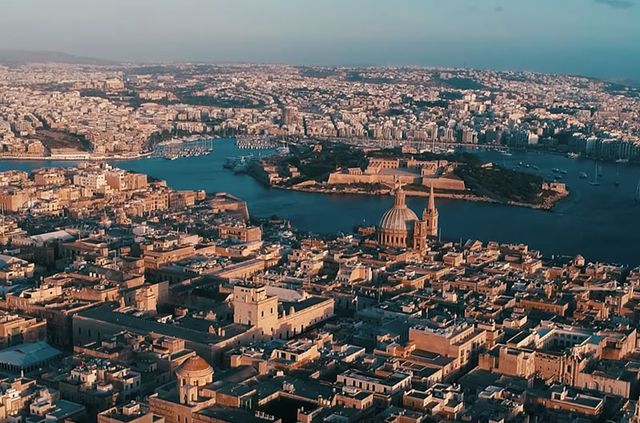 Please click here to activate the video. After activation, data will be transmitted to the respective provider. By playing the video you agree to our privacy policy.

Traditional Maltese food is rustic and based on the seasons and the agricultural definition of the islands. Just to mention some of the dishes, Rabbit Stew, Bragioli, thin beef fillet wraps iwith various stuffings, and Widow's soup, which includes a Gbejna which is a type of goat cheese in very high demand. Suggested snacks are Hobz biz-zejt, Maltese bread dipped in olive oil and rubbed with tomatoes and in some cases with a mix of tuna, onion and capersand also Pastizzi, which are flaky pockets of pastry filled with ricotta or peas. Aljotta is also a popular dish and can be described best as a fish soup, of which content can vary depending on the catch of the day. Octopus and squid are also very typical of Maltese gastronomy and are very often used to make stews and pasta dishes.
Wıne is also part of the Maltese culture.International grape varieties grown on the Islands include Cabernet Sauvignon, Merlot, Syrah, Grenache, Sauvignon Blanc, Chardonnay, Carignan, Chenin Blanc and Moscato. The indigenous varieties are Gellewza and Ghirghentina, which are producing some great wines that are rich and full of flavour.

If you are interested in Maltese gastronomy, we definitely recommend to experience our in-house restaurant Hammett’s Macina. Our gastronomical concept is a take on the islands’ succession of powers with a modern representation of traditional Mediterranean culinary influences that date back to the Phoenician times.

Founded in the 16th century by the Order of Saint John, the preserved city remains largely unchanged and is a UNESCO world heritage site. Enjoy the unique flare of the 2018 European Capital of Culture. Valletta has breathtaking cultural treasures on offer, including the St. John Co- Cathedral with the masterpiece “The Beheading of Saint John the Baptist” by Caravaggio, the many museums and the Palace of the Grand Master of the Order of Saint John.
One can take the Ferry from Cugo Gran Macina-Isla to Valletta with regular trips every half an hour, it takes just 5 minutes and the cross offers fantastic scenery of the harbour.

Malta may be small, but it will never cease to amaze you! Sheer cliffs made of layer upon layer of sedimentary rock rise majestically from the seas, especially on the western side of both Malta and Gozo. The latter is characterised by flat-topped hills and green valleys, which are covered in multi-coloured wild flowers in spring.
In Malta there are many natural attractions to visit. The Fungus rock and Inland sea are two natural wonders located within a few metres from each other in Dwejra on Gozo and they are definitely to be added on your must see list. Created by gushing torrential waters flowing down the valley to form a powerful whirlpool, which finally met the sea through a weakness in the rock that formed a cave tunnel and ended up being a place of spectacular beauty. There are also caves and grottos with interesting rock formations to discover.
The natural attractions on the Maltese Islands are not found only above ground but also continue underwater. Snorkelers and divers can find some of the most bizarre landscapes of the Mediterranean in the sea surrounding Malta, Gozo and Comino.
Malta is surrounded by the clear, blue Mediterranean Sea and most areas on the island are safe for swimming. Sandy beaches are in the North and are extremely popular especially on the weekends when Maltese families go down early in the morning and stay till after sunset. Kiosks on the beach sell cold drinks, snack food and ice cream and there are water sports on offer like sailing, waterskiing, canoeing and paragliding.

With sparkling light blue seas clear as crystal rippling gently on a bed of thick white sand and surrounded by a scattering of islands on all sides, the Blue Lagoon in Comino is also extraordinary in its beauty and a highly recommended site to visit!